After merging the CommonMark patch #32424, Redmine will contain an HTML::Pipeline implementation limited to this new format. It makes then perfect sense to extend the new concept to text formatting generally. 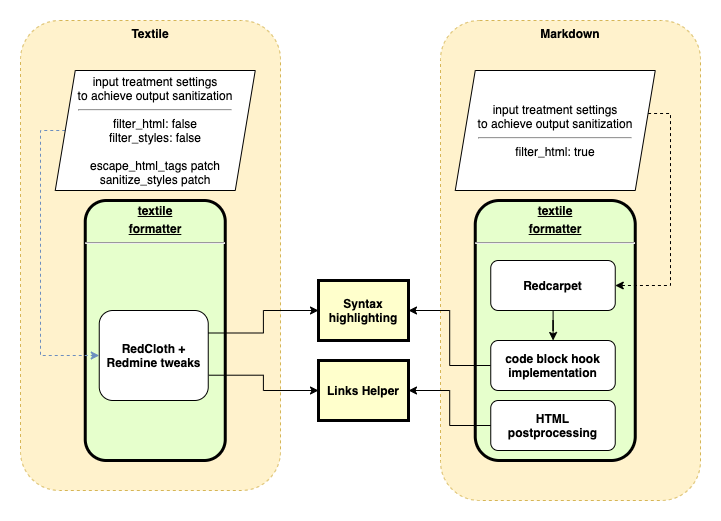 While the new Markdown (CommonMark) implementation is designed like: 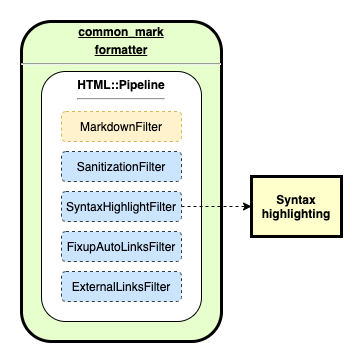 Some inspiration can be found in GitLab sources, but our pipelines would probably won't need to go that complex.

If there were no other timing considerations, it would make sense to implement this together with Redcarpet removal.

Updated by Jens Krämer over 1 year ago

Totally agree, the potential benefits of switching to html pipeline are quite big. This kind of modularization will allow for many interesting features to be implemented in core or by plugins in the future.

As stated in #32424-37, I'd even like to move the redcarpet renderer to the pipeline, so it could still be used in the future as part of core, or extracted into a plugin, by those unwilling or unable to switch to common mark.

I'm setting this to Candidate for next major release because for sure it is something that we should work on. If you have any working code to start from it, it's welcome.