Multiple blank lines in pre tags are not preserved in Textile

Added by Go MAEDA about 4 years ago. Updated 11 months ago.

Line breaks should be rendered intact in pre blocks but consecutive line breaks are not rendered in Textile. It works as expected in Markdown.
Input: 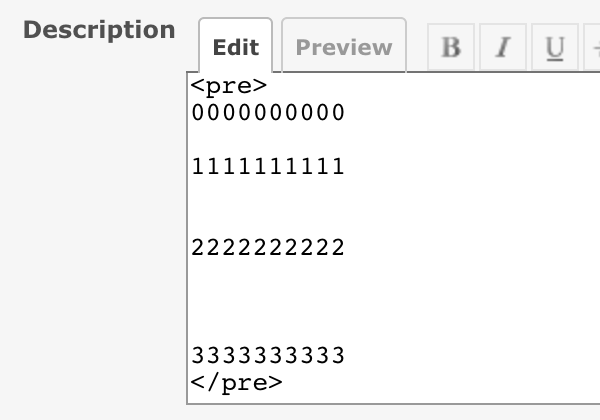 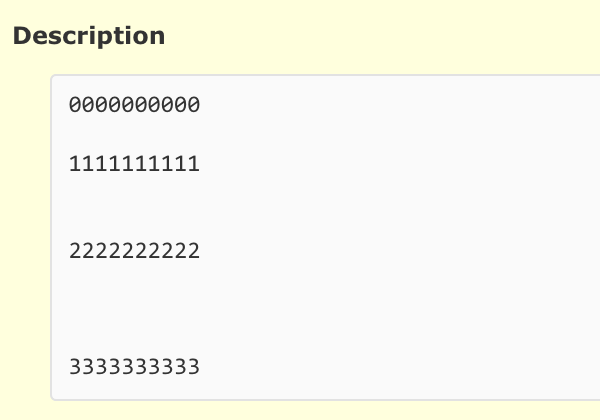 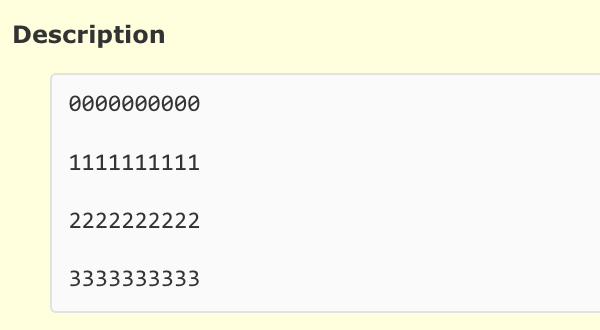 Multiple blank lines in pre tags are not preserved in Textile (#30099).

I think that it is possible to solve the problem by swapping the order of 'escape pre content' and 'clean up white space' in RedCloth#to_html.
I made a patch and attach it.

Committed the patch. Thank you for fixing this issue.

This patch causes a problem reported as #30987.

This patch causes a problem reported as #30987.

Sorry for the problem reported in # 30987.
I made another patch to fix this problem.
I hope it will be improvement for Redmine.

Updated by Marius BALTEANU 11 months ago